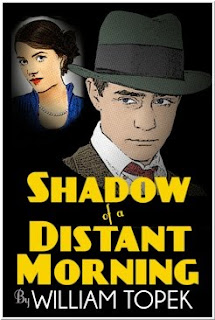 One Approach to Writing

There are tons of articles on the internet these days about writing. Some of these articles are interesting, helpful, and well-written. Many are none of the above. The best advice I ever came across about taking advice was a quote from Bruce Lee: “Take what is useful, leave the rest.” Writing is an art, and every individual practitioner is going to have his or her own approach to it. There is no one right way to create art, and you should be especially wary of articles that tell you what you MUST do. All anyone can offer are suggestions, and if a suggestion works for you, by all means use it. If it doesn't, ignore it. Probably the writing tip that I've heard most often over the years is that you MUST write every day. I'm not saying that's bad advice at all, but I don't personally follow it. I write when I want or need to. I don't set word count goals, telling myself I must finish x number of words by the end of my session. Again, this tactic certainly works for some writers. For myself, I'd rather write 100 good words than 1,000 mediocre ones.

Awhile back, I decided to try my hand at writing a novel. I'd written several short stories and a handful of screenplays over the years, along with essays, musings, humorous pieces, etc. When deciding what to write about, I asked myself one and only one question: what would I like to read? I choose screenplay subjects exactly the same way, asking myself: what movie would I like to watch? I never ask myself what's hot now, what's really selling these days, what would best grab the interest of a literary agent or publisher or film producer. My target demographic is, admittedly, fairly exclusive: it consists of me. If you create art to please yourself, you're an artist. If you create art to please others, especially the bean counters of the world, you're a hack.

I decided it would be fun to write an old-style detective novel. I'd always loved reading (and watching) works like The Maltese Falcon and The Big Sleep. Images usually come to me first. The private detective invited out to a wealthy man's mansion to discuss a job. The detective chatting it up with the client's beautiful young daughter in an idyllic garden. The hero getting shanghaied out of his office by two goons taking him to see the big boss. The hero tailing persons of interest through local landmarks, getting roughed up in a back alley, being drugged. Snippets of monologue and exchanges of dialogue came to me. The detective's cynical view of people and daily life, witty retorts to threats, lively banter with friends and foes. I started making notes. I came up with a name for the hero (Devlin Caine) and a place for him to work (Kansas City). I picked the opening day of the novel: Monday, October 1, 1934.

Now that I had the time and place, I started what would end up being a considerable amount of research. I flagged websites, stuffed file folders full of printouts, put together a reference manual of local history, important figures of the time, events of the day, maps, price lists, and more. The research would continue throughout my work on the novel, as invariably something would crop up that I needed to know more about. But for now, I was ready to start writing.

Some writers prefer to have a complete, detailed outline of their work first. A treatment or perhaps even a flowchart. Nothing at all wrong with that; we all do it differently. I find it works best for me to jump in and start writing. The first draft is usually the most enjoyable part of the process for me. I have a general idea of the story I want to tell. I know where I want to start, and I may even know where I want to end up. So I sit down at the keyboard and begin. It's fun because I often don't know what's going to happen next. Characters appear as necessary. The story takes unexpected turns and surprises me. In essence, I'm telling myself a story, and having as much fun as I hope the reader ultimately will.

I don't go straight through to the finish in this fashion. I had to stop for more research, even for the first draft. I had to back up, even discard a whole chapter because something I wrote either didn't work or I simply didn't like it. I had to stop and think, a lot. Okay, I know where I want to go, but how do I get there? Along the way, I sent out chapters to trusted friends willing to read first drafts, people who gave me honest feedback, telling me what they did and didn't like, and sometimes offering their own suggestions. Eventually, though, I made it to the end. Now I had a completed first draft to work with, and here is where the real labor began.

If my approach so far sounds a bit more laid back, a bit less disciplined than perhaps a writer should be, I make up for that with rewrites. Yes, rewrites – plural. I do subscribe strongly to the view that writing is rewriting. In my early years, I never had the patience for it. Now a more seasoned and mature writer, I love it. Rewriting to me is like sculpting clay. I have the whole body of material before me, and I can go over every part of it, reshaping, redefining, modeling it until the form is exactly what I'm looking for. I don't just look for typos and grammatical errors; I manually retype every word of the first draft, changing and modifying as I go. I did this probably at least twice with my novel, and that doesn't count specific, targeted, multiple rewrites of certain chapters or sections (I think I spent twenty minutes coming up with twenty different sentences to describe one part of a desk). Yet more research, and a lot more intense, focused thinking. What themes materialized in the first draft? How should they be more strongly developed? What opportunities for foreshadowing did I miss? What clues could be inserted that will make more sense on the second reading? What plot holes appeared that must be filled? What parts are still bugging me because they don't make sense or they're not as clearly and cleanly written as they could be? Oh, and it turns out my original title was too close to some already published works. Have to come up with a new one, a good one, and work that into the narrative.

Yes, it is possible to rewrite too much. I know this because if I haven't done it, I've certainly come close. At some point, you have to stop second-guessing yourself and call it a day, swallowing the bitter pill that your book will never be perfect. Stopping short of going too far relies on constantly asking yourself why. Why should this be changed? How is this change going to make the book better? The only advice here is to stay on a true course. Don't change things to show off your writing skill, or to make your book more appealing to an agent or a publisher or a film producer or some ridiculously artificial target demographic. You serve one and only one master here: the story.

This is how I approached my first novel. There are many different approaches just as good, perhaps better. As I continue to learn, I'll likely modify or even change my approach. The result of all this work was Shadow of a Distant Morning. Right now it's a modest new e-book among hundreds of thousands on the market. I'm happy with it, and so far I haven't had a single reader express disappointment (though I'm prepared for that to happen at some point). I'm satisfied because I know I created a good story and told it well. Whatever happens after this point, well, as Devlin Caine would probably say, “Don't sweat over it. Take a breather, have a drink, get some sleep, and tomorrow be ready to move on. You've got more work headed your way.”

William Topek is originally from the Midwest, but has lived and worked throughout the United States and overseas. His widely varied career has included active duty service in the U.S. Air Force, teaching in a foreign middle school, and conducting regulatory seminars and security training as an employee of the federal government. He is a graduate of the University of Kansas and received his MBA from Willamette University in Oregon. His interests include film, fiction, history, and the art of storytelling.
Posted by misterreereeder at 5:43 PM

After reading the book (and blogging about it) I was certainly glad to get the opportunity to have the author do a guest post on my blog.

Nice surprise to find on the blog...I enjoyed seeing/hearing about what's happening behind the scenes. Thanks to your guest and to you for having him!!

My sister purchased the book for her NookColor, which I fully intend to borrow so I can read it myself. The overall noir style seems perfect for both the character, setting, and of course the time period.

you're bound for stardom, Dan.

i filled out the government form today, they will be lucky to have ya on board.

Fully agree with this post. I suppose we writers are quite opinionated, and readers too, but when it comes down to it writing is an art, not a science. There are no rules, only ideas and we learn as we go. When we read or write a piece that hits the mark we know it, and it has nothing to do with rules.